IV. Choose the right form to complete the sentences. 6 points

1. John lost his keys. If John (didn’t lose / hadn’t lost) his keys, he would (get/ have got) in his flat easily.
2. If Nick (is, was, were, had been) a wise man, he (would agree, would have agreed, agreed) then.
3. Of the three books I like “Uncle Tom’s Cabin”(less/ least).
4. She was crying in her room quietly then.
She was crying then quietly in her room.
She was crying quietly in her room then.
Complete the sentences using the appropriate derivatives of the words in capitals. 5 points 1. Have you ever tasted cheese - … crisps? FLAVOUR
2. Alice … , if ever , goes out. RARE
3. The Headmaster of the school was a white – haired, … gentle man. DIGNITY
4. Did he talk to you … or was he interested in your plan ? DIFFERENT
5. The … and … children walked across the street. BARE 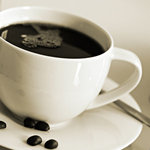 Clouds play a powerful(1)____in warming and cooling our planet. Even a one-percent change in cloud can have dramatic(2)____on global temperature. On the one(3)____, clouds spread out like global umbrellas, blocking the sun's heat energy and reflecting much of it(4)____into space. That cools the planet. But clouds can also act like giant blankets(5)____trap heat radiating from Earth. This(6)____to keep the planet warm and suitable for life. All life processes on Earth depend on a balance(7)____this warming and cooling. If the balance shifts, the effects(8)____be disastrous. Colder winters or hotter summers could threaten entire species of plants and animals, and force whole populations-humans included-to move to different latitudes. Scientists are now studying clouds in an attempt to forecast(9)____climatic changes. They hope to(10)____answers to many questions.

just...you a) like b)as c)as well as 3.The church is open,so we may ... go inside.a)too b)as well c)happy 4.What is June...? -She has ordered coffee and cake.a)eat b)having c)recommend 5.Why don't you...this jacket on?I think it will suit you.a) drees b) try c)order 6.I haven't got much money,but I like to... throught new shops.a)buy b)browse c)choose 7.You should pack all your... . Don't leave the passport on the table.a) luggage b) have c) stuff

2) We had very(little/few)time to finish our project

7) I need (a room/some room)for my clothes.-You can use my wardrobe if you want to.

The authors belonged to the so-called 'beat literature', beat writers' or 'beat generation' were forerunners of the ... counterculture of the 1960.
a) Hippy; b) Punk; c) Gothic.

3) Choose the right preposition:
Did you know that Mary is engaged ... her former classmate?
a) with; b) on; c) to.

c) I love the nature in Scotland.

6) Choose the right meaning of the idiom 'Monday Blues':
a) jazz songs;
b) blue suits people wear to work on Monday;

7) Choose the proper spealling of a word which is used in folklore to describe a person who changes into a wolf:
a) wearwolf b) wherewolf c) werewolf d) were wolf

8) Choose the right word to fill the gap in the sentence:

9) Who designed and co-ordinated the presentation performance at the opening caremony of 2012 Summer Olympic games in London?

a) general of the Civil War;

d) member of the House of Lords during the Second World War.