MY FRIEND
I have many friends. Most of them are my former
classmates but my best friend is Peter. He is fifteen.
Now he is a student of a college. He is a good student
because he studies hard and is very diligent. He wants
to become a good specialist and he is especially interested
in computers. He often helps me with my English lessons
and I'm grateful to him for that.
Now I want to tell you about his appearance. He is
rather tall and strong. He has an oval face, straight
nose, dark-brown hair, blue eyes and a nice smile. People
find him good-looking.
Peter goes in for sports. He plays football and basket­
ball well. His basketball team is very popular at the
college.
We made friends with Peter when he and his family
moved to our house. We have very much in common:
we like the same music, we both like reading. In general

my friend is a very interesting person: he is intelligent
and well-read.
But the most important thing is that Peter is honest
and kind. I can fully rely on him and trust everything
to him. Peter has a great sense of humour and I like to
spend my free time with him.
I have another friend. Her name is Natasha. She is a
schoolgirl and she lives next door. I like her very much.
She is a blonde with blue eyes, she is slim and pretty.
Her hair is long and she has a nice complexion. I like
all my friends very much. I think they are all my faithful
friends.

1. Who is your best friend?
2. Where does your friend study?
3. How does your friend look like?
4. What kind of sport does your friend like?
5. How did you make friends?
6. What do you have much in common?
7. Do you like to spend your free time with your
friends?
8. Can you call all your friends faithful?
9. Is the sense of humour important in friendship?
10. What are the hobbies of your friends? 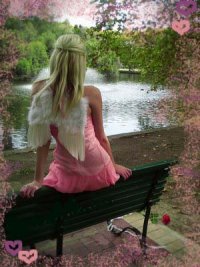 jobs, yet human beings like to (2) each other in this way. one of the many problems of (3) as it is commonly practised is that the forms filled in by (4) often fail to show people as they really are. This means that you can follow all the best (5) when completing your means that they are (6) at the next stage- the interview. (7), in the rare cases where interviews are automatic, a candidate with an (8) form may do surprisingly well. Of course your form needs to show that you have (9) in your (10) to do the job, but don't try to turn yourself into someone else - a person you have to pretend to be at the interview. Realism and (11) are definitely the best approach. 1. Perfect 2. Exams 3. Select 4. Apply 5. Advise 6. Success 7. Similar 8. Adequate 9. Confident 10. Able 11. Honest

1. Britons, and the English in particular, are notoriously undemonstrative. The “stuff upper lip” is not just the stuff of fiction and emotional displays, positive or negative, are generally frowned upon. Gestures such as backslapping and hugging are discouraged and a wide distance should be maintained between participants in a conversation. Maintaining eye contact may be necessary when you are trying to emphasize important points but you must avoid any temptation to “eye-ball”. Talking loudly is unacceptable and shouting is beyond the pale. Some old-fashioned interlocutors may not hear you if you have your hands in your pockets. The British do not gesticulate frantically.

2. Introductions can be tricky. Ideally the British prefer third-party introductions but in certain situations, like a drinks party, it may not always be possible and, though awkward, you may just have to go ahead and introduce yourself. Firm handshakes are the norm as part of a formal introduction but may not be expected at subsequent meetings or on social occasions; a gentleman should always wait for a woman to proffer her hand before squeezing it gently. The continental habit of exchanging kisses has gained currency especially amongst the young and the affected but is not recommended for visitors – even the natives are unsure of the correct procedure.

3. “How do you do?” is a greeting not a question. It is used when people are introduced for the first time only and the correct response is to repeat “How do you do?” which is a more or less sincere enquiry as to your well-being.

4. This emotional detachment or even apparent indifference also explains the British abhorrence of Americanisms such as “Have a nice day”. The objection lies not in the sentiment itself but in the lack of sincerity that is implied to the stand-offish British mentality.

5. If the British use few words, it is because they prefer to mean those they do use. They are polite and courteous for the most part. They expect to be treated with respect, in turn for which they will treat you with respect, so: – if there is a queue, go to the back of the line and wait patiently; - do not use the “V” – sign (raising the index and middle fingers) unless you are sure which is the Churchillian version signifying peace or victory (palm outwards); the use of the alternative version (palm inwards) is less common nowadays but is still vulgar and offensive.

6. A service charge of 10-15 % is almost always included in hotel and restaurant bills and you should be wary of establishments that leave the credit card slip open for you to include an additional contribution (if you wish to reward exceptional service give cash directly to the staff). Do not tip bar staff in pubs where there is no table service. Otherwise taxi drivers (especially in London), hairdressers, porters, etc. will expect 10-15 % or a couple of pounds, whichever is the greater.

1. What kind of people are Britons?

2. What kind of introductions do the British prefer?

4. What are the norms of public behaviour in Britain?

OFFICE AUTOMATION
1. Office automation refers to the varied computer machinery and software used to digitally create, collect, store, manipulate, and relay office information needed for accomplishing basic tasks. Raw data storage, electronic transfer, and the management of electronic business information comprise the basic activities of an office automation system. Office automation helps in optimizing or automating existing office procedures.
2. The backbone of office automation is a LAN , which allows users to transmit data, mail and even voice across the network. All office functions, including dictation, typing, filing, copying, fax, Telex, microfilm and records management, telephone and telephone switchboard operations, fall into this category. As office methods evolved to take full advantage of new technologies, there was a corresponding increase in innovations tailor-made to optimize office processes. Office automation was a popular term in the 1970s and 1980s as the desktop computer exploded onto the scene.
3. Advantages are:
1. Office automation can get many tasks accomplished faster.
2. It eliminates the need for a large staff.
3. Less storage is required to store data.
4. Multiple people can update data simultaneously in the event of changes in schedule.

The main aim of law is to consolidate and safeguard the social and state system and its economic foundation.

The system of law in our country consists of different branches of law.

Civil law is connected with relations in the economic sphere of social life, with relations involving property, its distribution and exchange. The right в property is the central institution of civil law.

The rules of labour law include the legislation on the labour of industrial and office workers and matters arising from labour relations.

We live on a very small island with a mild climate and a history of centuries of efficient road-building. This is partly because we have excellent road-materials. We rarely have severe winter frosts that damage (портить) the roads very much, and we do not normally suffer from heat, drought or flooding.About 44% of the population spend time gardening. The climate is ideal. Most of us do not to grow vegetables, but home - grown vegetables taste better than those in shops. We also grown flowers and have a passion for lawns of grass which stay green throughout the year.It was the British who started the fashion for seaside holidays. Not surprisingly, nobody in Britain lives more than one hundred and twenty kilometers from the sea. The nearest holiday area of France is only three or four hundred kilometers away. Many families prefer to drive to the warm south and camp in comfortable campsites. Spain is also popular. It offers a wonderful climate.