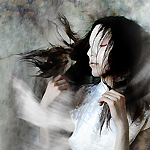 1. We have to pay the rent every month.
2.At the moment Ann can speak French quite well,and if she studies hard, perhaps she'll be able to work as an interpreter.
3.People shouldn't be allowed to park there.
4. The talks were to be attended by the representatives of fifteen European countries.

the capital of Belarus. Its history goes Back to the 11 century. More than 900
years ago on the banks of the Nemiga and Svisloch rivers there appeared the
city of Minsk or Mensk as it was called at that time. 1067 is a year of its
birth when the Nemiga battle took place. Minsk was first mentioned as a town in
the Principality of Polotsk but in 1569 it was renamed into Minsk.

Nowadays
Minsk is a big growing city. Many new districts appeared on its outskirts, they
have all necessary facilities for comfortable living. Today Minsk is not only
the capital of our country but its political, economic, scientific and cultural
centre. It covers a territory over 180 sq km. Its population is about 2 mln
people.

There are
many industrial enterprises in the city, such as Tractor Plant, TV-sets Plant
and Watch Plant, Automobile Plant and others. All these goods are well-know not
only in our country but abroad.

Minsk is a
city of science and students. There is the Academy of Sciences and wide network
of research institutes. Minsk is a big University Campus. Young people from
Belarus and others countries study at the Belarussian State University, the
Politechnical University, the Economic and the Pedagogical Universities and so
on.

The
cultural life of people and quests in our city is varied and interesting. In
Minsk there are many theatres and cinemas, museums and concert halls: Yanka Kupala museum and
theatre, the Palace of Art, the Circus, the state Academic Opera theatre, the
Great Patriotic War Museum. The Palace of Sports and there is also a large
sport stadium. The heart of the city is Victory Square. Ober the 3 years of
occupation the fascists destroyed the city but people didn’t surrender. July 3d
is Minsk’s second birthday.

The are
some impressive buildings in Indipendent avenue the city’s main stree. These
are the Government House, the Belarussian State University, the so-called Red
cathedral which is the relic of the 19 century. These is on more nice place in
Minsk, it is Troitskoye Predmestie. It is a place where you can have a good
rest.

The
citizents of Minsk are very proud of metro. The stations are modern and
spacious

In each of the following groups of nouns pick out the one that is different in class from the others:

and indeed three or four of the twenty staff-members did sometimes use it after respectable hours.

That morning Martin had isolated a new strain of staphylococcus bacteria from the carbuncle of a patient in the Lower Manhattan hospital, a carbuncle which was healing with unusual rapidity. He had placed a bit of the pus in broth and incubated it. In eight hours a good growth of bacteria had appeared. Before going wearily home he had returned the flask to the incubator.

He was not particularly interested in it, and now, in his laboratory, he removed his military blouse, looked down to the lights on the blue-black river, smoked a little, thought that he was a dog not to be gentler to Leora, and damned Bert Tozer and Pickerbaugh and Tubbs and anybody else who was handy to his memory before he absent-mindedly wavered to the incubator, and found that the flask, in which there should have been a perceptible cloudy growth, had no longer any signs of bacteria — of staphylococci.

"Now what the hell!" he cried. "Why, the broth's as clear as when I seeded it! Now what the — Think of this fool accident coming up just when I was going to start something new!"

He hastened from the incubator, in a closet off the corridor, to his laboratory and, holding the flask under a strong light, made certain that he had seen aright. He fretfully prepared a scope. He discovered nothing but shadows of what had been bacteria: thin outlines, the form still there but the cell substance gone; minute skeletons on an infinitesimal battlefield.

He raised his head from the microscope, rubbed his tired eyes, reflectively rubbed his neck — his blouse was off, his collar on the floor, his shirt open at the throat. He considered:

"Something funny there. This culture was growing all right, and now it's committed suicide. Never heard of bugs doing that before. I've hit something! What caused it? Some chemical change? Something organic?"

...A detective, hunting the murderer of bacteria... he rushed upstairs to the library, consulted the American and English authorities and, laboriously, the French and German. He found nothing.

He worried lest there might, somehow, have been no living staphylococci in the pus which he had used for seeding the broth — none there to die. At a hectic run, not stopping for lights, bumping corners and sliding on the too perfect tile floor, he skidded down the stairs and galloped through the corridors to his room. He found the remains of the original pus, made a smear on a glass slide, and stained it with gentian-violet, nervously dribbling out one drop of the gorgeous dye. He sprang to the microscope. As he bent over the brass tube and focused the objective, into the gray-lavender circular field of vision rose to existence the grape-like clusters of staphylococcus germs, purple dots against the blank plane.

"Staph in it all right!" he shouted.

Then he forgot Leora, war, night, weariness, success, everything as he charged into preparations for an experiment, his first great experiment. He paced furiously, rather dizzy. He shook himself into calmness and settled down at a table, among rings and spirals of cigarette smoke, to list on small sheets of paper all the possible causes of suicide in the bacteria — all the questions he had to answer and the experiments which should answer them. [...]

By this time it was six o'clock of a fine wide August morning, and as he ceased his swift work, as taunted nerves slackened, he looked out of his lofty window and was conscious of the world below: bright roofs, jubilant towers, and a high- decked Sound steamer swaggering up the glossy river.

network was created to survive a nuclear war.

2 Most of the Internet host computers are situated in the United States.

3 Nobody knows accurately how many people use the Internet.

4 Most of the people have right to use the Internet.

5 Other popular services are accessible on the Internet as wrell.

№3 Which of the following statements are true to the text? If the statement is false, explain what is wrong in it

1 The Internet was created as a military experiment.

2 All computers can stay in touch with each other as long as there is a single route between them.

3 Packet switching was used during the Iraq war.

4 Many people use the Internet and their number can be counted fairly accurately.

5 When commercial users send e-mail messages, they only have to pay for the information to their local service providers.

The Internet, a global computer network which embraces millions of users all over the world, began in the United States in 1969 as a military experiment. It was designed to survive a nuclear war. Information sent over the Internet takes the shortest path available from one computer to another. Because of this, any two computers on the Internet will be able to stay in touch with each other as long as there is a single route between them. This technology is called packet switching. Owing to this technology, if some computers on the network are knocked out (by a nuclear explosion, for example), information will just route around them.
One such packet-switching network which has already survived a war is the Iraq computer network which was not knocked out during the Gulf War. Most of the Internet host computers (more than 50 %) are in the United States, while the rest are located in more than 100 other countries. Although the number of host computers can be counted fairly accurately, nobody knows exactly how many people use the Internet, there are millions worldwide, and their number is growing by thousands each month.

The most popular Internet service is e-mail. Most of the people, who have access to the Internet, use the network only for sending and receiving e-mail messages. However, other popular services are available on the Internet: reading USENET News, using the World-Wide Web, telnet, FTP, and Gopher.

In many developing countries the Internet may provide businessmen with a reliable alternative to the expensive and unreliable telecommunications systems of these countries. Commercial users can communicate cheaply over the Internet with the rest of the world. When they send e-mail messages, they only have to pay for phone calls to their local service providers, not for calls across their countries or around the world.

drop in living up to turned up paid for

ended up take out push on got on pointing out

laughing at something he (say) in the dining-room. 8. it (be) two o'clock. Eliza (be) suddenly thoroughly awake. She (sit) up in her bed and (circle) her knees with her arms. It (rain), the way it (rain) for days. 9. In his turn Jolyon (look) back at his son. He (want) to talk about many things that he (be) unable to talk about all these years. 10. She (be) at the station after all, standing just as he (imagine), apart from the others.