можно перевод,а то совсем не успеваю( New York is the largest city in the United States and one of the largest in the world. It is in the southeastern

corner of New York State, where the Hudson River empties into the Atlantic Ocean. Five towns joined together make up the city of New York. The town of Manhattan takes up Manhattan Island. The Bronx, another town, is on the mainland, north of Manhattan and Queens. The fifth town, Staten Island, is in New York Bay. Beginning in the 1880s, great numbers of Europeans moved to the United States. Many of them landed first in Statue of Liberty as they antered New York Bay. The “Big Apple”, as New York City is nicknamed, has an energy that few other cities can equal. John F. Kennedy International Airport is one of the busiest in the world. More ships come into New York’s harbour than into any other port in the world. The city is a leading many Factoring center. It’s chief industries are clothing, printing and publishing. New York can be called the financial capital of the world. The United Nations has it’s headquarters in Manhattan. New York is a great cultural and educational center, too. It is the art, music and drama capital of the United States. It is museums, art galleries, libraries, zoos, and botanical gardens are world famous. If you want to have a good view of New York City, you can do it from the top of the World Trade Center (110 stories) or from the Empire State Building (102 stories). You can see the newest plays and shows on Broadway. If you are interested in art, you should visit the famous Metropolitan Art Museum. If you want to sit quietly and people-watch, you should go to one of the city’s many parks. The largest of them is Central Park 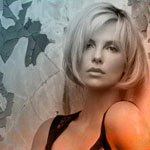 New York is the largest city of the USA. It is a national leader in business, finance, manufacturing, communications, service industries, fashion and arts.

1) New York is the largest city of the USA. It is a national leader in business, finance, manufacturing, communications, service industries, fashion and arts
2)As the financial headquarters of the capitalist world, New York is the home of some of the world's largest corporations and the New York and American stock exchanges. Wall Street symbolizes the money-market and financiers of the U.S.A.

London is the largest city in Western Europe. More than 7 million people live there. It lies on both banks of the Thames.

London is traditionally divided into several parts: the City of London, which is the financial center of the United Kingdom, the West End, which is the area of museums, art galleries, largest department stores, cinemas, and hotels. West End and is associated with wealth and luxury; and the East End, which is the industrial part of London and is very important for the commerce.

The Tower of London

Most of London sights, such as the Tower, the Houses of Parliament, Westminster Abbey, Trafalgar Square, and others are famous all over the world.

The Tower of London was founded in the 11 th century by William the Conqueror. The Tower in the past was a fortress, a palace, and a prison, Though the kings were born, lived and were married there, it happened also that kings and queens were murdered in the Tower. It was said that whoever held the keys to the Tower, held the keys to the kingdom.

 
The Tower of London

The Tower has several towers: the Jewel Tower, where the Royal precious jewels are kept, the White Tower, in which the Kings of England held their Court, and others. One of the towers is called the Bloody Tower where the king Edward V and his brother were murdered. The Duke оfYork. Queen Anne Boleyn, the Princess (afterwards Queen) Elisabeth and many other people were in prison in the Tower.

Now the Tower is a museum and the Crown jewels and other treasures are kept there. The Guard, known as "beefeaters" still keep watch. The Ceremony of the Key, that is centuries old takes place every night.

Now the only inhabitants of the Tower are ravens There is a legend that the Tower will fall if it loses its ravens. Therefore the birds with clipped wings are carefully The Beefeater guarded.

The Houses of Parliament

A fire destroyed the old Houses of Parliament. The new Houses of Parliament were built in 1857. The famous 320 foot (97.5 meters) clock Tower is called "Big Ben" after Sir Benjamin Hall under whose direction the construction of the clock was conducted.

It took the architect Christopher Wren 35 years to build the Cathedral. It is one of the most beautiful pieces of architecture in Europe. It has ahuge dome with a golden ball on the top. The interior of the Cathedral is very beautiful too.

There are many museums and art galleries in London. The British Museum is famous for its rich library (about 7 000 000 books). It is also the Museum of History, Archaeology, Art and Ethnogra The British Museum con the most important collec in Britain.

The Buckingham Palace the place where the Queen England lives.

Trafalgar Square is the geo centre of London. It was named in the memory of Admiral Nelson's victory in the battle of Trafalgar in 1805

The tall Nelson's Column stands in the middle of the square. Oppo the Nelson monument is the National Gallery and the National Portrait Gallery. They contain the finest art collections of the world.

Westminster Abbey is the place where the coronation of nearly all kings and queens has taken place since the time of the Conquest. Many of them are bur here as well as some other famous people of the country. Westminster Abbey is famous for its architecture and history. There are the graves of some of the world's famous writers, poets and scientists: Chaucer, Charles Dickens, Tennyson, Thomas Hardy, Kipling and others are buried here. There in the Poet's Corner the

of America is the 4 th largest country in the world after Russia , Canada and China .It occupies the central part of the North American continent.The United States of America is a federal republic, consisting of 50 states including the states of Alaska and Hawaii.Outlying areas include Puerto Rico , American Samoa , Guam, and the US Virgin Islands .

The country is washed by 3 oceans :the Atlantic , the Arctic and the Pacific

.The country has many lakes , with the Great Lakes included .There are also many rivers on the US territory.The longest of them are the Mississippi,the Missouri, the Columbia, the Rio Grande and some others.On the US territory there are mountains and lowlands.The highest mountains are the Rocky mountains,the Cordillera and the Sierra Nevada .The highest peak , mount MeKinley, is located in Alaska.The climate conditions are rather different .The country is rich in natural and mineral resources :oil,gas, iron ore,coal and various metals.

The Usa is a highly developed indstrial and agriculture country.The main industrial brances are aircraft , rocket , automobile , electronic , radio-engineering and others. American are made uo from nearly all races and nations .The country population is over 250 mln.The national symbol of the USa is its national flag "Stars and Stripes " having 50 white stars and 13 white and red stripes on its field , symbolising the number of the original and present day states .

Officially the country comprises 50 states and one District of Columbia .The states differ in size , population and economic development.Each state

its own capital.The capital of the USA is Washington.It is situated in the District of Columbia on the banks of the Potomac river and its named after the 1st US President - George Washington.Thre are many large cities in the country:New Yourk, Los Angeles , Chicago, Philadelphia, Detroit, San-Francisco,Cleveland and some others .

The The United States of America to the US Constitution the powers of the Government are divided into 3 branches :legislative, executive and judicial.

There are several political parties in the UKA, the largest of them are the Republican ( symbolised by a donkey)and the Democratic (symbolised by an elephant)

1. Translate this letter into Russia.
2. Answer these question, please.
3. Give the customer the offer, please.
4. He doesn’t know the manager and his assistent.
5. Ask the secretary to send the offer to the firm.
6. Show me and my colleague the new model.

1 London is the capital of Great Britain. It lies in the South East of England on both banks of the river Thames. London is one of the largest cities in the largest port and industrial centre in England. London is more than twenty centuries old.

2 The heart of the capital is the City. The territory of the City is only about one square mile, but it is the financial and business centre of the country. It contains almost all important English banks and offices.

3 The West End of London is famous for its beautiful monuments and palaces, fine parks, fashionable shops and big hotels. The East End is quite different from the West End. It is the district of factories, plants and docks. The narrow streets and poor houses of the East End present a contrast to the homes of the rich people in the West End.

4 There are many places of interest in London. One of them is Trafalgar Square with the Nelson monument 185 feet high. Buckingham palace is the royal residence. Westminister Abbey is one of the most citizens of Britain.

5 Across the road from Westminister Abbey are the Houses of Parliament, the seat of the British goverment.

6 The Tower of London is one of the most interesting places in London. It was a fortress, a royal residence, a prison, now it is a museum.

7 London is famous for its green parks. Hyde Park is the most popular of them. It is the greatest park in London as well.

8 London is the centre of the country’s cultural life. There are many picture galleries and museums in the capital. The National Gallery houses a priceless collection of paintings. The famous British museum is one of the best museums in the world.


Образец: London is the capital of Great Britain.

1 There are many place of interest in London.
2 London contains the memorials of many famous people.