Rewrite the sentences by putting the verbs in the Passive Voice. 1)The Mayor will open the new library tomorrow. 2)Versarce created the

costumes for the play.

4)They will arrange a meeting for next week.

5)No one has transated this play yet.

6)In France they hold elections for President every five years.

7)Advertising influences a lot of people.

8)You should send this fax right away.

9)They found him guilty of murder.

10)You cannot take pets into the theatre. 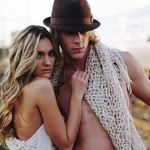 1) The new library will be opened by the mayor tomorrow.
2) The costumes for the play were created by Versarce.
3) Hamlet was written by Shakespeare
4) A meeting will be arranged by them for nex week.
5) This play hasn't been translated yet.
6) In France elections for President are held every five years.
7) A lot of people are influenced by advertising.
8) This fax should be sent right away.
9) His was found guilty of murder.
10) Pets can't be taken into the theatre

In ancient times letters were brought by post runners - men who could run fast and far. Letters were not written, but told to the recelver. History has many stories about ancient postmen. For example, Indianpost runners had postal stations every 5 miles. As soon as the men on duty saw smoke from the nearest station, they made a five, whose smoke could be seen by the next station. The runner told the letter to the next runner, without stopping for a minute. In this way news was carried in the shortest possible time.

1. The passage is mainly about ...
A) the ancient postal servise.
B) how to make a fire.
C) running a race.
D) written letters.
E) the race for postmen.

1970? 4)Leetal Kalmanson will design a new jewellery collection. 5)The Mayor will open the new theatre on Thursday. 6)His parents named him after his grandfather. 7)They will translate her book into Russian. 8)They grow coffee in Brazil.

1) The Mayor will open the new library tomorrow;
2) Versarce created the costumes for the play.
3)Shakespeare wrote Hamlet;
4) They will arrange a meeting for next week;
5) No one has translated this play yet;
6) In France they hold elections for President every five yaers;
7) Advertising influences a lot of people;
8) You should send this fax right away.
9)They found him guilty of murder.
10)You cannot take pets into the theatre.

1885. 3 They have manufactured the Mini in Oxford since 1994. 4 The mayor is encouraging people to cycle in the city centre. 5 Commercial spacecraft will fly tourists into space in the near future. 6 By the time we got to the airport, they had cancelled the flight. 7 The French held the first Tour de France bike race in 1903. 8 Škoda has sold over 30,000 cars in the UK this year. 9 We are encouraging cyclists to wear safety helmets on the roads. 10 NASA will select six volunteers to take part in a simulated space trip to Mars. 11 They had closed the ticket office by the time we arrived at the station.

12 Decide if the sentences are correct or not. Rewrite the sentences that are incorrect. 1 What language are these instructions write in? 13 How long ago was this motorway build? 14 You will be helped to put your bags in the overhead locker. 15 I’ve been heard that this airline is more unreliable than some of the others. 16 World Car Free Day is being hold on 22 September this year. 17 It has being reported that this low-cost airline is unreliable. 18 Will the flight attendant be helping us with our bags at the check-in desk? 19 Weren’t these buildings construct last year?