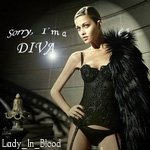 1.общий вопрос(general)- Do my schoolmates want to study at colleges and universities?

- 2.Специальный(special)- Where do my schoolmates want to study?

3.Альтернативный(alternative)- Do my schoolmates want to study  or work at colleges and universities?

4.Разделительный(disjunctive)-My schoolmates want to study at colleges and universities, don*t  they?

5.Вопрос к подлежащему("WH"question)- Who  wants  to study at colleges and universities?

1. I spend hours chatting ____ to friends all over the world.
2. The programme invited ____ in with their ideals.
3. My favourite ____ plays non-stop dance music.
4. The presenter said something she shouldnt have, forgetting that they were ____ .
5.My favourite programme was interrupted because of the ____ about the presidents death.
6.They shouldnt ____ violent programmes early in the evening .
7. All the ____ seem to have to much advertising these days .
8. The programmes ____ had lots of links to more information.
9. Many writers in ____ think that the governments decision is wrong.
10. I dont know much about ____ because I dont really follow the news.


1. I know you say that she’s supposed to be a ____ , but I’ve never heard of her!
2.You have to have a good voice and look serious to be a ___ ; most of them are also trained journalists.
3. We’re thinking of getting ____ but I think the dish looks so ugly on top of the house.
4. If you feel that strongly about it, why don’t you write a letter to the ____?
5. Wasn’t that actress in a ____ for a bank a couple of years ago?
6. The government have been accused of ____ after they tried to shop the newspapers printing the truth.
7. The channel lost its ___ after making a programme that criticised the fast food industry.
8. She used to be a ___ on a children’s TV programme, and now she hosts a game show.
9. We’re going to take a quick ___ but stay tuned for more.

perties of this material before we(to begin) to useit. 3.It (to rain) all day yesterday. 4.I usually(to meet) them near our office. 5.He(to be) here for half an hour before I(to come). 6.He hardly (to finish) his work,when somebody(to knock) at the door. 7.They (to work) at the laboratory from 10 till 12. 8.You (to visit) your granny yesterday? 9.Columbus and his sailors (to sail) for many days before they (to see) land. 10.By seven o`clock the wind (to blow) off the white snow from the trees. 11. At 5 o`clock in the morning she still(to write) the composition. 12.Ten years ago my friend (to study) at school. 13. I thought you (to work) here for 2 months. 14.He(to get) up, (to leave) the room , ( to go) into the street and then suddenly (to remember) thet he (to leave) the key on the table.

clothes but you are not sure if the astronaut helmet matches your kilt. Your teacher hovers above the floor, waiting for the final stragglers to arrive. A missing classmate eventually turns up twenty minutes late: she'd been trapped in a cloud of bubbles. Welcome to school life - in Second Life.

Second Life - the online 3D computer game in which more than five million players worldwide create a virtual society - is being used to teach teenage pupils as part of "Schome":a project set up by Peter Twining, director of the centre for curriculum and teaching studies at the Open University. The main aims of Schome (School + Home) are to overcome the problems within the current education system and to develop a better way of learning for the 21st century.

Initially, Dr Twining and his colleagues spent six months trying to get young people to suggest creative ideas for new education systems, but the results were disappoanting. Then they realised that the virtual world of Second Life affers a better way to test new designs and ideas whenever you want. In a traditional classroom, everyone knows what the rules are, what the teachers and pupils are supposed to do. But in a school in a virtual world you can challenge the established rules, and students can control what they do in a way that would be too expensive or difficult in reality.

10-11 класс английский язык ответов 2
Altybaev / 26 нояб. 2013 г., 2:58:05
My school was very different from most schools. It was in a lovely old house in a forest. There were only sixty pupils. There weren't many facilities, but

there was a good library if you wanted to look up information or catch up with your work. You won't believe this, but we didn't have to go to lessons! And there was no homework or test, or anything like that, we could do what we wanted. If we wanted to study, we just went to the teachers and asked them to help us. At first, I was bored! Then I got interested in science and computers, and I studied science with a teacher who I got on with. I liked it so much that now I'm studying engineering at university and I want to go on to do further research. There were lots of other activities at school you could take up if you wanted-sport, painting and acting. The best thing was that we were free, and the school was democratic. Everything was decided at school meetings, and everyone could vote-each student had the same vote as the teachers. A lot of people don't believe me, but it worked really well.