Germany is big. China is bigger. Canada is the biggest. 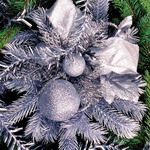 1. The Volga is long. The Irtysh is longer. The Thames is the longest.
2. A village is big. A town is bigger. A city is the biggest.
3. A car is fast. A train is faster. A plane is the fastest.
4. Japan is small. Spain is smaller. Belgium is the smallest.

1My favourite s... is spring because it is so beautiful.
2The c... of Britain is London.
3The p... of the USA is about 300 million.
4The w... is not very nice today – it's rainy and cold.
5There are eight n... full of animals and plants in our country.
6I live in the n... of the country but the biggest cities are in the south.
7The highest m... is 4200 metres high.
8Our country has a very nice climate. It isn't too hot in the s... and it isn't too cold in the .
2 a, on, the, -
Complete the text with a, an, the or -.
This country is in Europe. It is ___ big country. ___ capital is in the centre of ___ country and the population is about fort-six million. The people have __ lunch in the afternoon. It is the biggest meal of the day. They usually eat at ___ home but, in big cities, they can't always do this. They often have ___ snack before dinner because they have ___ dinner quite late, at 9 p.m. or later. ___ snack is called 'La Merienda'. They often eat ___ bread with ham or cheese. What is the country? Spain.
3 Nationalities
Make nationalities from the countries below and put them in the correct column of the table.
America,Britain,Canada,China,France,Greece,Japan,Poland,SpainTurkey
-an -ish -ese other endings

4 someone, everyone, anyone, no one etc.
Complete the sentences with the correct words.
1I want to go ___ nice this summer.
2We woke up in the middle of the night and heard ___ walking around in the living room.
3I'm bored. I haven't got ___ to talk to.
4My phone rang but, when I answered, there was ___ there.
5There's ___ important I want to tell you.
6They didn't have vegetarian food so I didn't have ___ to eat.
7My first day of school was great. ___ was very kind.

B.Use the same ideas and make up more questions on the models that follow. Ask yor classmates to answer these question/
Model 1: Is Chine as large as Canada?
Model 2: Is Chine larger or smaller than Canada?
Model 3: Is English less popular than Chinese?

Since1989, Canada has been a member of the Organisation of American States.

1)Canada is one of world's wealthiest countries with strong democratic traditions.

2)Canada is one of the leading mineral producers in the world.

4) Its main trading partners are America, China, and Japan.

5) Canada is also connected with the EEC and other traditional European trading nations.

7) Canadian culture has been influenced by British, French and American cultures and traditions very much.

8) The country is highly developed in the areas of health, education, social protection and human rights.