нужна проверка грамматики, помогите пожалуйста. Nowadays there are about six thousand languages around the world. But many languages are endang

ered. And even greater numbers are extinct.

At all times, the language was not only a means of communication, but also cultural heritage. Language vanishes when its last speaker dies. Together with them dwindles world culture and disappears a piece of history. For example, in the works of well-known British linguist David Crystal, Set an unknown language Kasabe. His last native speaker died in 1996, leaving absolutely no information about the language and its history. However, what will happen to the world if languages will continue to disappear? Rare languages will disappear first. As a result, many centuries later turn comes up languages "giants." This means that someday people will lose their ability to communicate with each other, world culture will be devastated, will begin a general degradation. Humanity will return to the primitive age. Do we want such an outcome? 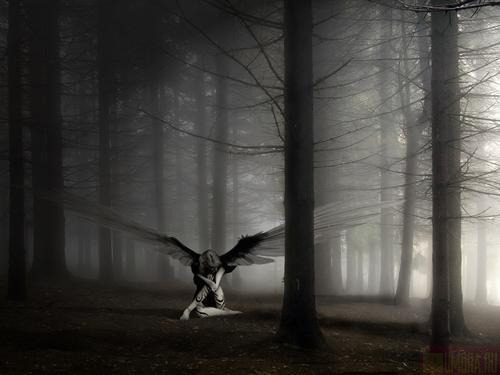 Nowadays there are about six thousand languages around the world. But many languages are endangered. And even greater number s are extinct. 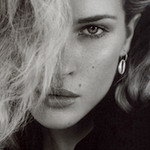 4. the tail unit consists of two surfaces, vertical and horizontal.

5. The wing extends equally on each side of the fuselage.

homework and at seven o'clock I (to play) the piano. 2.By six o'clock father (to come) home and at six he (to have) dinner. 3.By nine o'clock yestarday mother (to wash) the dishhes and at nine she (to watch) TV. 4.Wtet I (to meet) Tom, he (to eat) an ice cream which he (to buy) at the corner of the street. 5.When father (to come) home,we (to cook) the mushroom which he (to gather) in the wood. 6.When I (to see) Ann, she (to sort) the flowers which she (to pick) in the garden. 7.When I (to come) home yestarday, I (to see) that my little broter (to break) my pen and (to play) with its pieces.

There are a lot of zoos in the world and millions of people visit them every year.
But are zoos harmful or helpful to animals which are caged there?
Животные в зоопарке. Как вы к этому относитесь? Справедливо ли это?
Слов-170-220

This famous palace, first built in 1703, is in the very centre of London. It is two places, not one. It is a family house, where children play and grow up. It is also the place where presidents, kings, and politicians go to meet the Queen. Buckingham Palace is like a small town, with a police station, two post offices, a hospital, a bar, two sports clubs, a disco, a cinema, and a swimming pool. There are 600 rooms and three miles of red carpet. Two men work full-time to look after the 300 clocks. About 700 people work in the Palace. The Queen's Day When the Queen gets up in the morning, seven people look after her. One starts her bath, one prepares her clothes, and one feeds the Royal dogs. She has eight or nine dogs, and they sleep in their own bedroom near the Queen's bedroom. Two people bring her breakfast. She has coffee from Harrods, toast, and eggs. Every day fifteen minutes, a piper plays Scottish music outside her room and the Queen reads The Times. Every Tuesday evening, she meets the Prime Minister. They talk about world news and have a drink, perhaps a gin and tonic or a whisky. An invitation to the Palace When the Queen invites a lot of people for dinner, it takes three days to prepare the table and three days to do the washing-up. Everybody has five glasses: one for red wine, one for white wine, one for water, one for port, and one for liqueur. During the first and second courses, the Queen speaks to the person on her left and then she speaks to the person on her right for the rest of the meal. When the Queen finishes her food, everybody finishes, and it is time for the next course!
помогите пожалуйста из текста надо выписать два предложения Present Simple поставить их в Past иFuture simple, и поставить вопросительную и отрицательную форму

It’s eleven o’clock in the morning. Helen Petrova’s in one of the biggest department stores in the city which only opened a few weeks ago. Many things are bought and sold here every day. Though it’s still early and the store has just opened, there are a lot of customers near the counters: some are buying things, others are just looking round.
Helen: Excuse me. How do I get to the shoe department? Shop assistant: It’s over there on the lett, please.
(In the shoe department)
Helen: I want a pair of boots please.
Shop assistant: What’s your size?
Helen: Thirty-four, and I want very warm ones, too. It's very cold outside.
Shop assistant: Oh yes, it’s terribly cold. Thirty-four... You have very small feet. It won’t be easy to find a suitable pair, I’m afraid.
(In a few minutes)
These are nice boots, don’t you think? Will you try them on? How do they feel?
Helen: I think they’re a size too big. Perhaps you can find a.different pair. Can you give me a size smaller?
Shop assistant: Just a moment. I’ll have another look. You’re lucky. Here’s a lovely pair; but it’s more expen sive.Helen: That doesn’t matter... It feels more comfortable. I think I’ll take it. How much is it?
Shop assistant: Seventy-five roubles.
Helen: Where do I pay?
Shop assistant: Over there at the cash-desk.
Helen: Thank you.
(After paying the bill)
Shop assistant: Here are your boots. The check’s inside.
Helen: Thank you. And where’s the glove department?
Another customer: Come along with me, and I’ll show you.
Helen buys some dark-brown gloves to match her new boots and looks at her watch. She sees that it is rather late, so she quickly leaves the store and hurries home.

2 How many bones are there in the skeleton of an adult person?

3 what parts does the skull consist of?

4 what parts does spine consist of?

5 what parts does the chest consist of?

6 what bones do uppex and low extremities consist of ?

7 Do all bones consist of organic and inorganic substances?

The skeleton is composed of bones. In the adult the skeleton has over 200 bones.

The bones of the skull consist of cranial and facial parts. There are 26 bones in the skull.

The bones of the trunk are the spinal column or the spine and the chest (ribs and breastbone). The spine consists of the cervical, thoracic, lumbar and sacral vertebrae and the coccyx.

The bones of the skeleton are connected together by the joints or by the cartilages and ligaments. The bones consist of organic and inorganic substance.

The first reality TV show in the world was called Expedition Robinson and it was shown in Sweden in 1997. Half the population of the country watched the final episode and a new kind of TV programme was born. Two years later in Holland, the first series of Big Brother was filmed. Again, it was a fantastic success and the final programme was watched by million people. There are now more than 20 countries around the world which have Big Brother or Survivor on their TV screens. The ordinary people who take part in the programmes are known by millions of people in their own countries and reality TV has become big business.

For the TV producers, reality TV is a dream come true because many of the programmes cost nothing to make. At some point, the television viewers are asked to telephone the programme – to vote or to apply to take part in the show. It is the cost of these telephone calls that pays for the show. One of the most popular shows is Pop Idol. In the show, a group of attractive people are made into pop stars. The viewers vote for their favourite person on the show. The winner makes a record, his or her pictures are published on the covers of magazines, millions of copies of the record are sold and then … they are quickly forgotten.

But not everyone is happy about reality TV. In Portugal, two TV channels got into trouble because they showed too much of the private lives of the people in the shows. In France, reality TV is called “rubbish TV” and the studios were attacked three times in one week. In Greece, Big Brother ways described as an insult to human rights and civilization. But despite the problems, reality TV continues to do well in most countries and it will be here for a long time.


2.Read the article again and tick (+) the things that are mentioned in the text.