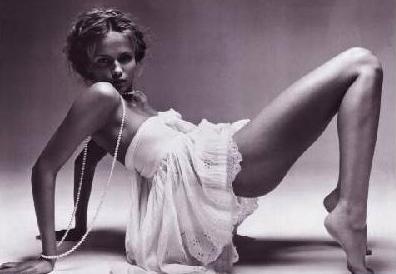 born every second,but this one will mark world population reaching six billion.The five-billionth baby isn`t even a teenager yet, having been born in 1987. It took all of human history until 1800 for the population to reach its first billion; the second took only until 1930. A mere 69 years later, six billion will be crowding the planet.
In 1999. The population of the world is twice what it was in 1960. Onetenth of all the people who have ever lived on the planet are alive today. We are adding new humans at a rate of 78 million year, and we will continue to do so for most of the next decade. Statistics like these are frightening, but they aren’t the whole population picture. The good news is that fertility rates are declining rapidly all over the world (with the exception of Africa), and have already reached below replacement levels in most industrialised countries. On average, women around the world today have 2.7 children, a dramatic drop from the five they had in the 1950s.
97 per cent of population growth is occurring in developing countries, where health services and family planning remain scarce. By 2050, the developed world will have 1.16 bn people, slightly fewer than today. But the developing world will have doubled, from 4.52 bn in 1995 to 8.2 bn in 2050.
The world’s poorest countries are also the hardest-hit by global disasters like Aids. In the 29 African countries most affected by HIV, average life expectancy has declined by seven years. In Botswana, where one in four is infected, people could expect to live until 61 in 1995. By 2005. Aids is expected to drop life expectancy to 41. Despite that, a phenomenon called “population momentum” will still double Botswana’s population by 2050.
This momentum occurs because the population is becoming not just economically polarised, but demographically polarised, but demographically polarised as well. In 1998, only 66 m people were over 80, but that figure is estimated to increase sixfold by 2050, reaching 370 m. The population has also got younger. The group of young women about to enter their childbearing years is the largest ever.
Momentum accounts for 60 to 70 per cent of population growth, but its impact can be blunted by actions we take today. Demographers point out that girls are stayling in school longer in most of the world, and that educated women want fewer children. Another positive trend, frequently seen in young women who’ve completed secondary school, is a delay in childbearing. If couples uniformly delayed marriage and their first birth by five years, demographers say, the population in 2050 would be two billion less than if they had not waited.

" said the eagle, "if i didnt have my wings, l wouldnt be able to fly." "Don t worry about that , " replied the lion, "if it werent for my mane, l wouldnt be the king of the jungle." So after thinking for a while, the eagle agreed to make the exchange. When the eagle got home, wearing the lions mane , he thought he give his wife and children a surprise by sticking his head over the nest and shouting "Boo!" Unfortunately, his wife mistook him for the lion and took a gun out of the drawer and took a gun out of the drawer and fired at the stranger. Fortunately, she missed.

"Learning strategies '(pages 169-179) as well as the steps listed below.
Then present your talk to the class.
a)Describe where and when the people lived,


b)Explain what lesson we can learn from them.