Natasha works at the Ministry of Trade. She is a secretary of Rossvneshtrans. Their firm
does business with many countries: England, France, Spain, Italy and others. She
usually comes to her office at 9 o'clock. She types many letters, offers and other
documents during the day.
Many customers come to Rossvneshtrans every day to discuss business matters. The
secretary always meets them. She prepares everything for the talks. At the talks parties
discuss prices, terms of payment, shipment and delivery. In the evening Natasha goes to
University. She studies languages there because she wants to become a good specialist in foreign trade.
Now Natasha is at her office. She is speaking on the phone with Mr. Bill, a representative
of Bell&Co. She is writing down some details for the company manager. The manager is
preparing for the talks. He has an appointment for Monday. Bell&Co are interested in a new model of trains. The manager and his secretary are preparing different catalogues and quotations for the talks. Natasha likes her job very much. 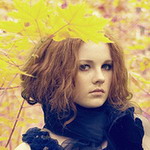 1) Natasha works at the Ministry of Trade.

3. By the end of the class students (discuss) the results of
their tests.

also some meat and two jard of cream.We have got 2 bags of sugar.Now we need some jam for tea.Mum is away.Can you come and bring us some jam?Your grandsons, Willy and Sam найти ошибку

TEXT
The Disney Story
The greatest cartoon-maker in cinema history was Walt Disney. He produced his first (black and white) Mickey Mouse cartoon in 1928. It was an instant hit with both children and adults. More cartoons followed, including `Flowers and Trees`. Then three years later Disney created his second cartoon superstar –Donald Duck. By this time he had his own studio and a large team of cartoonists. These were the people who helped to draw the thousand `cells` for `Snow White And the Seven Dwarfs`.
A magical mixture of fantasy, comedy, music and colour, `Snow White` was a landmark in a cartoon history. It was also a huge hit with international audiences, who demanded more full-length cartoons.
They say, Disney seldom praised anybody and he didn't like to show his feelings and emotions. But once when he saw a few episodes from Bambi and turned to the animators there were tears in his eyes. This was how Disney approved of their work. But it happened only twice in thirty-nine years.
Disney respected people who could make some¬thing with their hands. He especially respected the carpenter working in the studio. Although every-one called Disney Walt and he called everybody by their first name, the carpenter was an exception to the rule. Disney always called him Mr. Rogers.
When Walt Disney was making a film, he al¬ways thought not only about children but also about grown-ups. That's why he tried to touch up-on the subjects of nature and life, he wanted to make people think about life, love, justice, about good and evil powers. There were episodes in Dis¬ney's films that did not leave a dry eye in the cine¬ma. At the same time all Disney's films are full of optimism and have a happy ending. A great num¬ber of people were brought up on Walt Disney's films and they are grateful to him for these unfor¬gettable moments in their childhood.
It may seem strange that after the success in animation, Disney directed his energies to a new field — constructing Disneyland. Everybody thought that it was impossible to realize this idea but Disney saw it as continuation of what he had been doing all his life. Disneyland (in California) and Disneyworld (in Florida) receive millions of visitors every year.

2. Ответьте на вопросы по тексту
1. Who was the greatest cartoon maker in the world?
2. When did Walt Disney produce his first cartoon film?
3. What film by Walt Disney do you know?
4. What film was a huge hit with international audiences?
5. Are all Disney`s films full of optimism?
6. What people did Disney respect?
7. Where did Walt Disney direct his energy after success in animation?
8. What did he wan to make people think about?
9. What parks of attractions did he create?
10. How many visitors do they receive every year?

Switzerland, they can use the money they earn to import

Swiss chocolate — or to pay for Kuwaiti oil or a vacation in Hawaii. The basic idea of

international trade and investment is simple: each country produces goods or services that can be

either consumed at home or exported to other countries.

currencies to pay for the goods and services crossing international borders. Although global trade

is often added up in U.S. dollars, the trading itself involves various currencies. Japanese

videocassette recorder is paid for in German marks in Berlin, and German cars are paid for in

U.S. dollars in Boston. Indian tea, Brazilian coffee, and American films are sold around the

world in currencies as diverse as Turkish liras and Mexican pesos.

Whenever a country imports or exports goods and services, there is a resulting flow of funds:

investment is a two-way street that, with a minimum of trade barriers, usually makes everyone

In a interlinked global economy, consumers are given the opportunity to buy the best products at

the best prices. By opening up markets, a government allows its citizens to produce and export

those things they are best at and to import the rest, choosing from whatever the world has to

Some trade barriers will always exist as long as any two countries have different sets of laws.

However, when a country decides to protect its economy by erecting artificial trade barriers, the

result is often damaging to everyone, including those people whose barriers were meant to

The Great Depression of the 1930s, for example, spread around the world when the United States

plumpered, jobs were lost, and the world entered into a long period of economic decline.

To make better off – создавать прибыль

1. The main difference between domestic trade and international trade is the use of foreign

3. When a country decides to protect its economy by erecting artificial trade barriers…

4. There is a resulting flow of funds whenever…

1. What is the basic idea of international trade?

2. What is the main difference between domestic and international trade?

3. How can you consider trade barriers?

4. What opportunities are given to consumers in an intrelinked

OFFICE AUTOMATION
1. Office automation refers to the varied computer machinery and software used to digitally create, collect, store, manipulate, and relay office information needed for accomplishing basic tasks. Raw data storage, electronic transfer, and the management of electronic business information comprise the basic activities of an office automation system. Office automation helps in optimizing or automating existing office procedures.
2. The backbone of office automation is a LAN , which allows users to transmit data, mail and even voice across the network. All office functions, including dictation, typing, filing, copying, fax, Telex, microfilm and records management, telephone and telephone switchboard operations, fall into this category. As office methods evolved to take full advantage of new technologies, there was a corresponding increase in innovations tailor-made to optimize office processes. Office automation was a popular term in the 1970s and 1980s as the desktop computer exploded onto the scene.
3. Advantages are:
1. Office automation can get many tasks accomplished faster.
2. It eliminates the need for a large staff.
3. Less storage is required to store data.
4. Multiple people can update data simultaneously in the event of changes in schedule.

The main aim of law is to consolidate and safeguard the social and state system and its economic foundation.

The system of law in our country consists of different branches of law.

Civil law is connected with relations in the economic sphere of social life, with relations involving property, its distribution and exchange. The right в property is the central institution of civil law.

The rules of labour law include the legislation on the labour of industrial and office workers and matters arising from labour relations.