1)Would you like to join any of the organisations you've heard about? 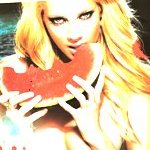 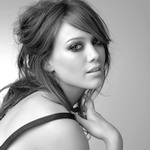 1). I'll give you the book on
condition you return it next week.

3).She would not have caught cold if
she had put on a warm coat.

his trip to India. 3.I to watch TV, when somebody to Knock at the door. 4.These goods export to all European countries. (2)Составте предложение из данных слов 2)1/Tomorrow,shall,at,we,for,here,you,be,time,waiting. 2/ Now,being,what,are,questions,discussed? 3/Him,there,to,20 minutes,get,takes,it. 4/In,tney,while,were,got,working,together,married,Malaysia,they. (3)Переведите предложения обращая внимание на модальные глаголы 1.You may call me Dolly if you like,bit you mustn`t call me child. 2.You must be at an oficce at 10 10 o`clock. 3.You needn`t deal with this shop if you don`t like it. 4.He can lend me a dictionary for a week. (4)Перепишите предложения раскрыв скобки и употребив глагол в придаточных предложениях 1.She will be delighted when she hear this. 2.When we take our exams we`ll have holiday. 3.She will be angry if I be late. 4.If he like the house well he buy it? 5) Hand-held computer The electrohic translator, a calculator-like device,offered travelers a computerized foreig-language dictionary.Two US companies have recently put such devises on the market.One of Japanese companies said it would begin manufacturing a translator device later.However,it said it`s machine would be more than just a translator.In fact,the company said it would be making the worid`s first all-purpose,hand-held computer. This machine will be the same translator device but it will make use of several attachments:those now of the drawing board include a mini-printer that effectively turns the translator info a typewriter,a video screen that would make the machine function as a miniatuare computer display terminal ahd a vose synthesizer so that user can hear as well as see the information stored in the machine.Through the use of programmed information capsules the machine will also be able to function as an electronic encylopedia,putting spots, arts,history and other facts at the user`s fingertips.With capsules that user can program themselves,the computer applications become broader,extending to home accounting,telephone and adress fillig and even recipe indexing.

sentences using the words too or either and translate them.

3.How have your parent's jobs influenced your career choice? In what way?

4. Do you often discuss your future career with your friends?

5.Would you like to choose the same professions as any of your friends? Why?

6.Whose opinion is important to you in choosing a career? Why?

If I were an animal, I would be a...{what kind of animal and why do you like to be the one}

ity. It is one of the largest citys in the world.

4. It usually take me ten minutes to get to school.

5. It will takes you an hour to get to the museum.

6. It takes us two hous to decorate the room last year.

7. I am sure it will take you a hour to write this exercise.

8. It does not takes him long to learn new words.

9. It did not took them much time to open the door.

10.He is ready. It has took him five minutes to wash up.

11. St Petersburg is one of the most beautiful city in the world.

12. There are a lot of beautiful old churchs in Suzdal.

13. Mary likes to do the shopping in the OxfordStreet.

16. Tom has not already seen the film.

18.My aunt has never work in a hospital.

19. They have visited Mrs Spencer two days ago.

20. They just saw their teacher.